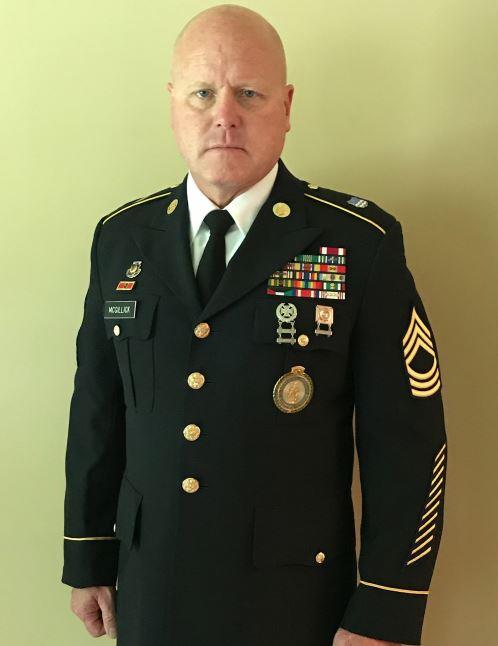 I am a high school graduate of Huron High School, Huron, South Dakota in 1983. I received a Bachelor of Science (Concentration Biology) from the University of New York, Albany, NY and Masters of Science (Health Science)from Touro University Vallejo, California. I am married and have two daughters.

I am a retired Master Sergeant from the United States Army. I served 24 years on Active Duty and another 8 years in the Army Reserve as Nuclear, Biological, Chemical Warfare Specialist. Additionally, I served numerous years with Army, Army Reserve, and Army National Guard Recruiting Commands.

I have served all over the United States with deployments to Iraq, Kuwait, and Saudi Arabia. I have mentored and guided young people throughout my military career and look forward to doing the same at LCHS JROTC.