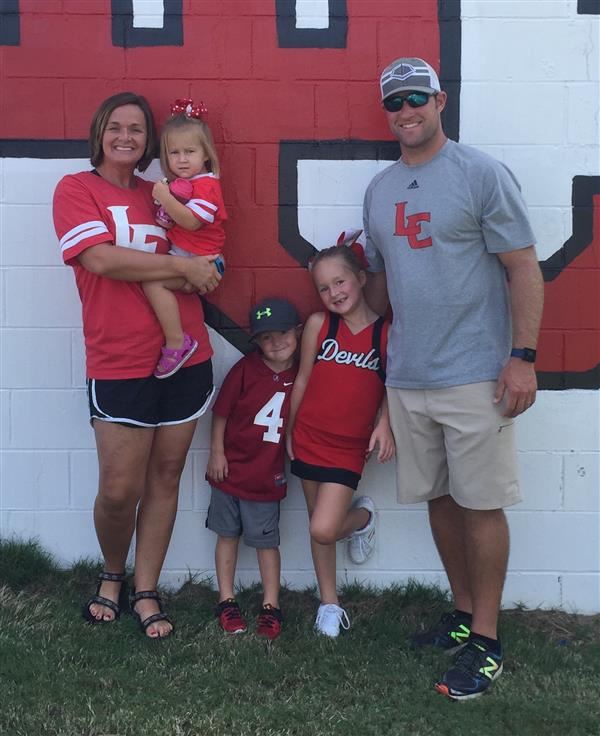 I am in my 9th year of teaching and my fourth year at Lawrence County High School. I graduated from LCHS in 2002 where I lettered in both football and baseball. I was a member of the 2000 semi-final football team. I also was a member of two quarter-final baseball teams in 2000 and 2001.

From high school I went to the University of Alabama-Huntsville where I received a BS in Accounting in 2006. I also lettered four years on the Charger baseball team as a utility player. After graduating from college I spent 6 years in the financial industry as an underwriter and commercial banker before deciding to be a teacher and coach.

I am married to Kellie Letson, also an LCHS graduate and four-time state champion in volleyball and basketball. She is a 1st grade teacher at Moulton Elementary and is in her 16th year teaching. We have three kids, Anna Ryan (9), Jase (6), and Ava (4). We love to spend time together as a family playing games or just watching a movie. We attend Moulton Church of Christ and are very active in the children's and youth ministry.

There are no current assignments.

There are no past due assignments.